The daughter of a dear friend of mine got married in the beginning of May. Knowing that she loves sugar cookies I decided to enlist my friend Giselle to help me decorate these biscuits and surprise her.

First we made the royal icing and separated a small portion to use as 30-second icing, with which we designed the letters. After 24 hours, the letters were hard and dry so I painted them gold (I used gel food colouring). Make hundreds because they do break 😉 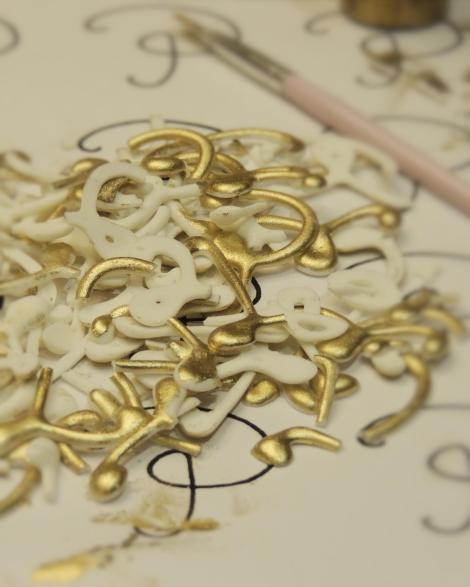 The next evening I made the biscuits and let them cool to be decorated the day before the bridal shower so they would have time to dry.

To make the white base, we separated another portion of the icing to make flood icing, applied it to the biscuits and put one of the letters on top while still wet.

They were such a hit that she begged me to make another batch for the wedding! 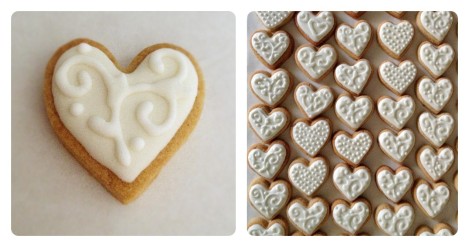 12 responses to “Biscuits for a bridal shower”

I'd love hearing from you! Cancel reply

Fresh from the oven